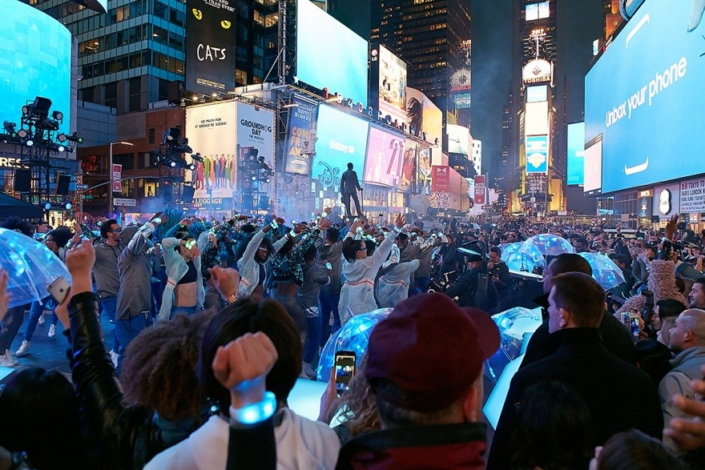 Creative is the key to effective OOH

Often the most strikingly visible part of our environment, advertising can enliven a city and add something vital to one’s early-morning commute. While not every ad can light up an urban precinct like the immersive displays Samsung used in New York’s Times Square to debut its S8 and S8+, or thrill onlookers like Toyota’s 100-foot-tall billboard for its RAV4 Hybrid, creative excellence remains a must in the industry. It’s curious, however, that best business practice is so often adopted by South African creatives – why do we not adopt internationally recognised design principles, given that we follow textbook guidelines for radio, print and TV? The tried-and-tested formulae of OOH, the world’s oldest broadcast media, are just not widely adopted and applied.

In South Africa, it seems that creatives are most often not custom-designing for OOH. Could this be because we see OOH as an extension of a campaign, not a medium in its own right, capable of delivering a powerful message on its own terms? When creating an integrated campaign, OOH campaigns are often simply ‘copy and paste’.

Part of the problem is that we don’t capitalise on what OOH has to offer, even though we know that it is the most impactful medium by far, capable of increasing brand recall, strengthening brand positioning and driving intent to purchase better than any other. A recent study by Outfront Media in the US shows that more than 89% of US residents are exposed to OOH every day and, of the 7 out of 10 consumers who recall seeing OOH ads in the past month, 26% have immediately visited the business mentioned, 26% have visited an advertised website, and 70% have been influenced to buy the product in question. Statistics for South Africa are doubtless not that different.

Knowing that OOH offers unique deliverables – such as increased reach and frequency – why are we not using it to amplify the effectiveness of digital, online, print and radio? We know messages designed for above-the-line media don’t translate well to OOH because each has a separate function and value (cinema speaks to a relaxed, captive audience; print is more tactile and intimate). We know that OOH has the ability to assist campaigns early on in the equation, so why not use that knowledge to craft a message that will connect with a targeted audience (pay attention to format, location and language, for example)? If the medium is part of the consumer’s journey to work, gym, school, restaurants and so on, how can it become a unique catalyst within a broader campaign, complementing other touchpoints? For example, why don’t we design a billboard that drives the consumer to a coupon on a website, influencing consumer behaviour in a simple yet effective way?

Unpacking the reach data from ROAD (the Roadside Outdoor Audience Data currency, which gives information on reach, frequency, GPR, impacts and CPM metrics by outdoor panels across South Africa) would allow us to understand where the greatest concentration of BMW owners might be – we could then place a creative ad that would attract road users to BMW through brand affinity data modelling? What if that ad could drive sales or promote vehicle service outside warranty and so on? Custom-designing OOH while mindful of context and placement would do wonders in terms of attracting a particular target market.

Billboards would be a lot more effective if they could transform the landscape, deliver maximum impact and cut marketing costs in one fell swoop. When we sacrifice creative excellence, however, we lessen impact, which results in less successful campaigns and lower return on investment.

Finally, if we were to custom-design for OOH, wouldn’t the end result be even better brand recollection and brand amplification? Our opinion is that it would. Marketing consultant Sequent Partners recently found that as much as 70% of ROI can be attributed to creative quality, which says it all.

Customising content with the ‘golden rules’ of advertising in mind would improve on the campaign’s deliverables and increase return on investment. 2017 Cannes Gold Lion winner Heinz references period drama Mad Men with a cheeky campaign that recalls Don Draper’s pitch to Heinz that mentioned the brand’s ketchup without actually showing it. In a smart blend of the fictional and the real, Heinz ran Draper’s ads as he intended, with simple billboard images of unadorned steak, a burger and fries topped with the tagline “Pass the Heinz” – driving consumers to the product by virtue of its absence. The simple yet highly effective creative increases impact, recall and engagement at the same time.

The solution, it would seem, is to work holistically on a campaign but design for each medium according to what works best in that medium, with a desired outcome or objective in mind. Ultimately, OOH can amplify and add value to a campaign message in a highly effective way (a powerful image will complement media status overall, drive consumer engagement and improve overall campaign effectiveness), so analysing where OOH fits into the equation is a vital consideration.

The value of the media, and share of the media mix, would grow if creative execution was applied, which would yield better recall and meet brand deliverables. Billboards are canvases for creativity and this should be leveraged by marketers everywhere.