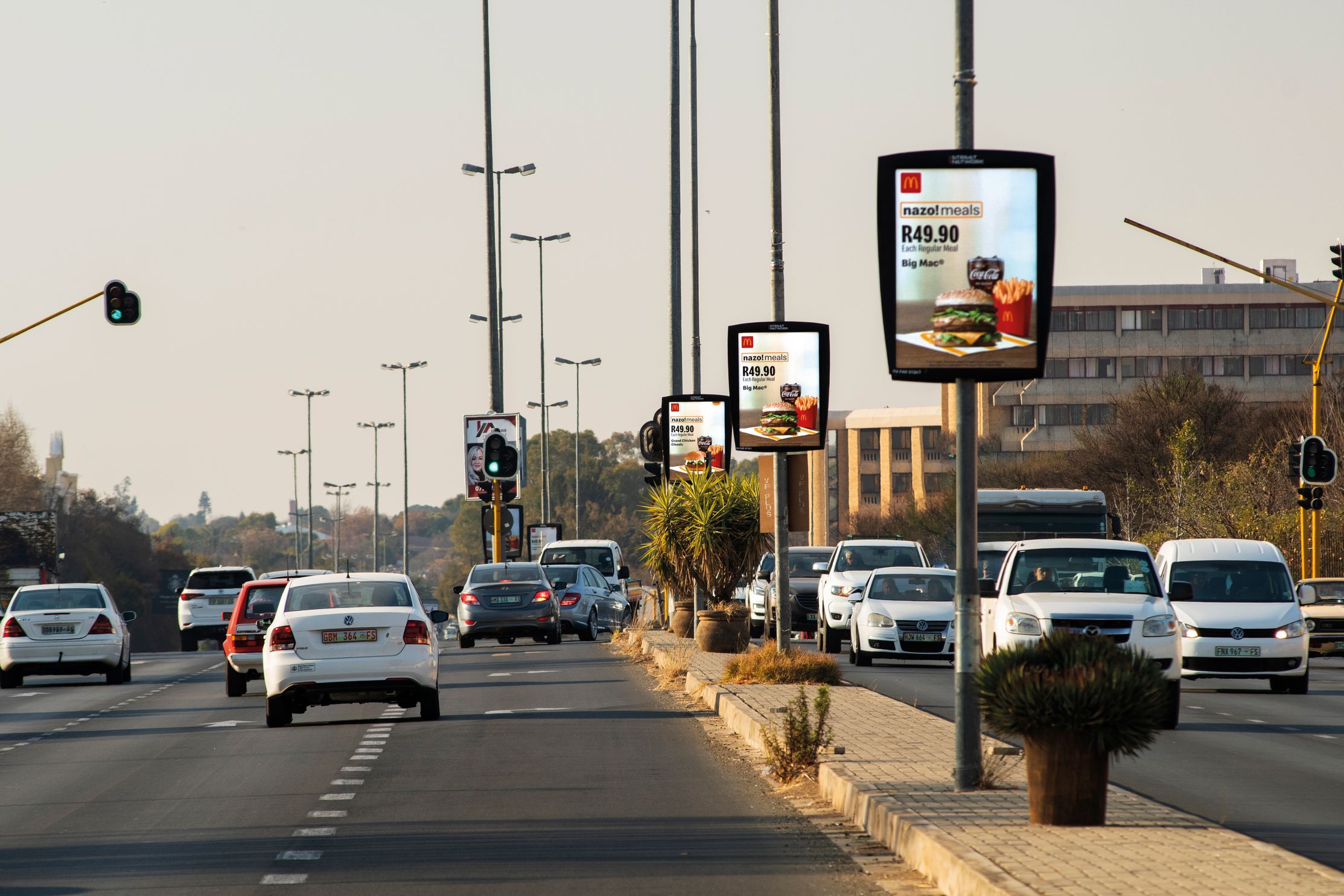 Johannesburg, August 2021 – Provantage Media Group (PMG) is strengthening its presence in South Africa’s judicial capital Bloemfontein, thanks to a transformative piece of business won by its division Street Network.

Street Network was recently awarded rights for the next five years to erect street pole advertising in various key locations within Bloemfontein by the Mangaung Metropolitan Municipality.

The initial roll-out will compromise 600 sites on some of the city’s busiest roads and routes – including Nelson Mandela Drive, Parfitt Avenue, General Dan Pienaar Drive and Walter Sisulu Road among others – with another 600 sites in the pipeline.

The timing couldn’t be better, with the Free State province showing increased levels of mobility in recent weeks, with noticeable spikes in “public transport” (+33%) and “supermarket and pharmacy” (+31%), compared to the baseline of the latest South African mobility report1 – indicating greater economic activity and movement of commuters, as the province looks to bounce back from the impact of the Covid-19 pandemic.

PMG is well-placed to service this growing need across the board, thanks to its regional office in Bloemfontein, which manages the advertising rights that all of PMG’s divisions enjoy in the city.

“This is a significant development for Provantage Media Group and is testament to the over 30 years’ experience in the street pole advertising arena that PMG has in various jurisdictions throughout the country,” says John Faia, Director of Street Network. “It’s also just reward for a reputable holding company that follows council regulations and by-laws, and we are grateful that Mangaung Metropolitan Municipality has placed its trust in us. We plan to repay that trust by not only generating additional income for the council, but also improving the aesthetics of the environment by replacing approximately 1,500 old advertising frames with cutting-edge large format posters.”

Street Network will be adopting a hyper-local targeting approach, with a focus on local Bloemfontein businesses and those ‘big’ brands with a regional presence in the city.

In the process, it plans to leverage the benefits that street furniture offers, with small format Out of Home (OOH) proving itself as one of the most effective platforms in driving engagement and influencing purchasing decisions close to the point of purchase, along with increasing levels of brand awareness.

That’s largely due to the captive audience of commuters it enjoys, with Street Network focused on strategic sites in high-traffic locations.

“Not everyone is online—and in particular online at the social media sites you’ve selected for your campaign—but within a community, chances are that almost everyone will see a local billboard or other outdoor campaign in the course of their daily activity,” says Faia.

More broadly speaking, outdoor advertising is high impact, it demands attention, impacts the path-to-purchase, and is a highly effective and engaging medium, with the statistics bearing that out.

Further strengthening that last point was a recent study conducted by the Out of Home Association of America, titled ‘Increased Notice of OOH Drives Engagement and Online Activation’, which, among many findings, found that 49% of the people polled went online after OOH ad exposure to “look up information about advertisers”.

All of which makes Street Network perfectly-suited and geared up to provide prospective and current clients, whether large or small, with a suitable street-pole advertising solution designed specifically to deliver a creatively impactful, effective and value for money advertising solution.