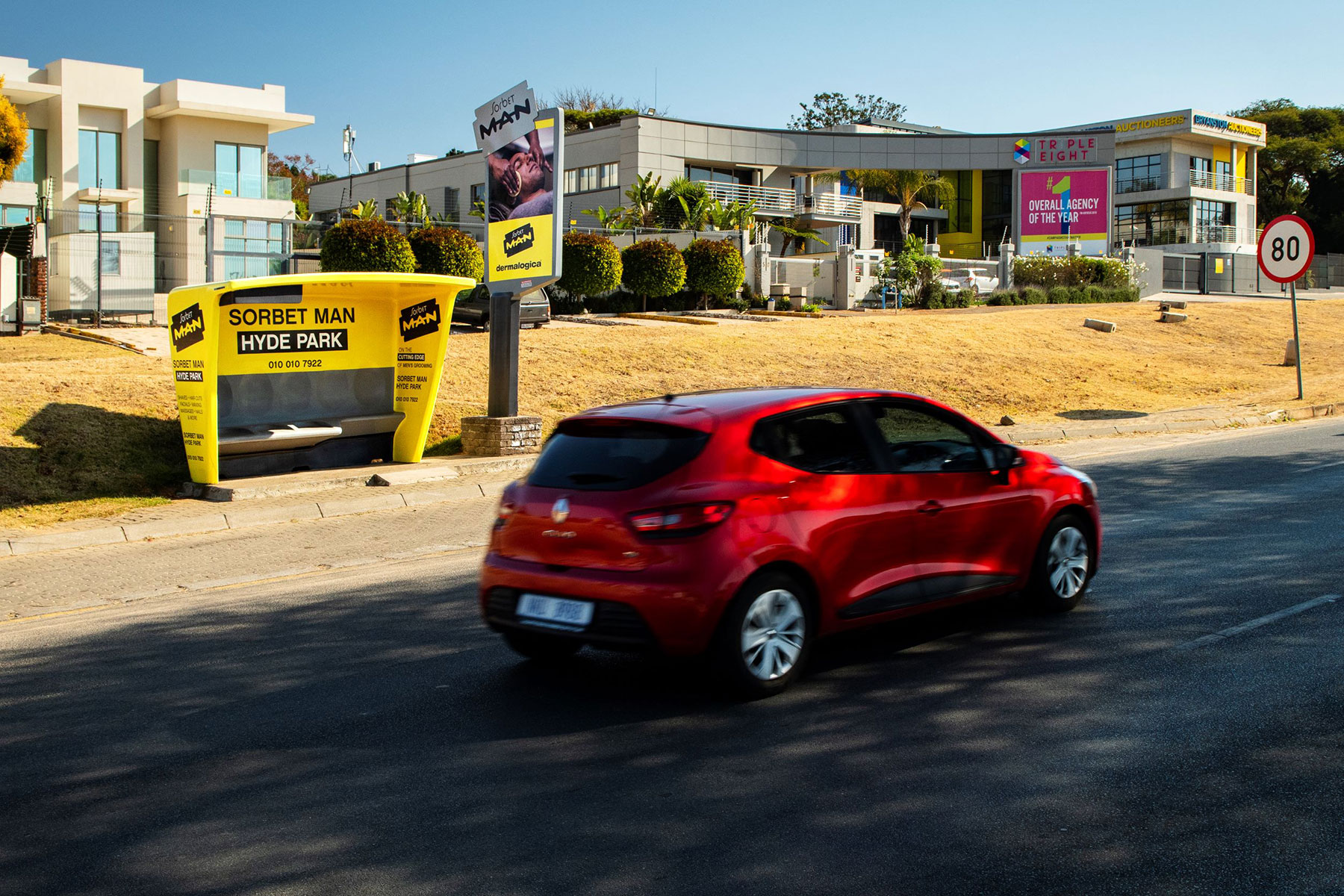 This, in partnership with Street Network, with which it has partnered for a six-month campaign that has been rolled out in the upper-income Johannesburg suburbs of Bryanston, Sandton and Rosebank.

The objective of the campaign is not only to increase levels of brand awareness, but also drive potential customers to nearby Sorbet stores in Rosebank, Killarney and Hyde Park.

Further strengthening the creative execution is the clever use of ‘mini extensions’, with Sorbet working with Street Network to produce razor blades and Sorbet ‘badges’ that extend from the street furniture and increase the size of the creative on each bus shelter.

“As a brand, we knew that Sorbet’s salons had striking colours we could use and there’s great synergy between these colours and the ability to roll out a really effective and memorable campaign that leans heavily on the creative,” says Vaughan Berry, Director of Provantage Media Group. “The response has been incredible, with these bus shelters creating increased levels of ‘talkability’ around the Sorbet brand and driving much higher levels of awareness.”

Whilst this six-month campaign remains focused on the areas of Bryanston, Sandton and Rosebank in Johannesburg, Sorbet has plans to roll out a national campaign in the near future, taking in South Africa’s other major economic centres.