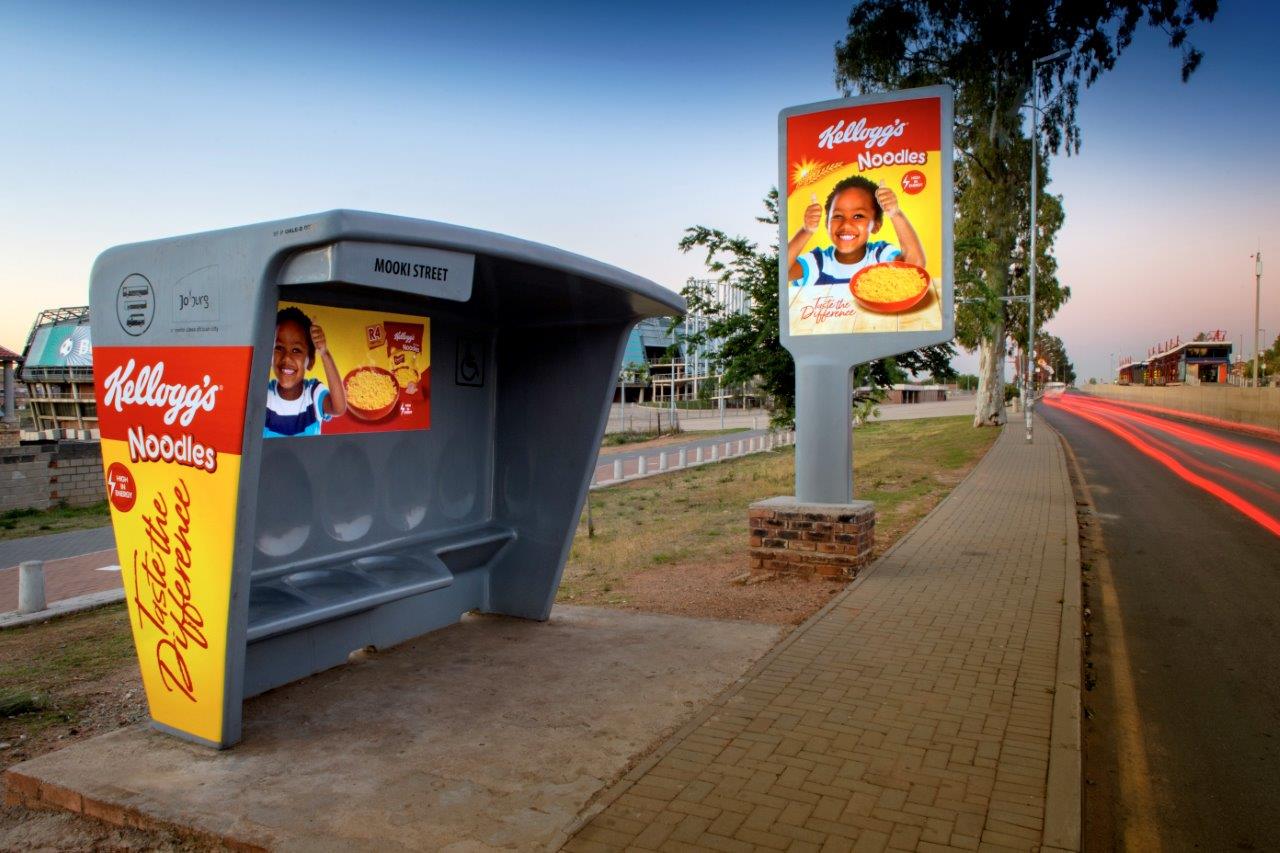 Formally known as KTSA, Kelloggs’ Instant Noodles, in a worldwide first, have been launched in South Africa as part of the brand’s global strategy to introduce its Instant Noodles range. A truly exciting innovation which aims to see the company become the world’s single largest producer and distributor of Instant Noodles.

“It is with great pride that Street Network was selected as a strategic media partner for the launch of the brand in South Africa. The Street Network team worked closely with KTSA and developed a fit for purpose OOH holding focusing on Soweto and Khayelitsha. Key selection priorities included shelters that are close to point of purchase while attracting high levels of brand awareness among consumers,” says Jonathan Everest, Head of Street Furniture Sales. 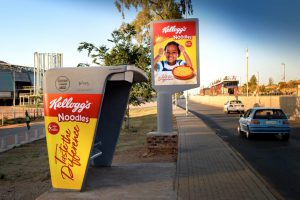 The launch forms part of Kellogg’s core strategy to significantly increase its presence in the growing African market and advancing the company’s breakfast, snacks and emerging market strategies to drive future growth.

Bus Shelters offer an ideal canvas for FMCG brand communication, particularly within the packaged industry in which Kellogg’s is actively involved. In addition, line of sight visibility reaches both commuters – making use of public transport – and motorists in private vehicles.