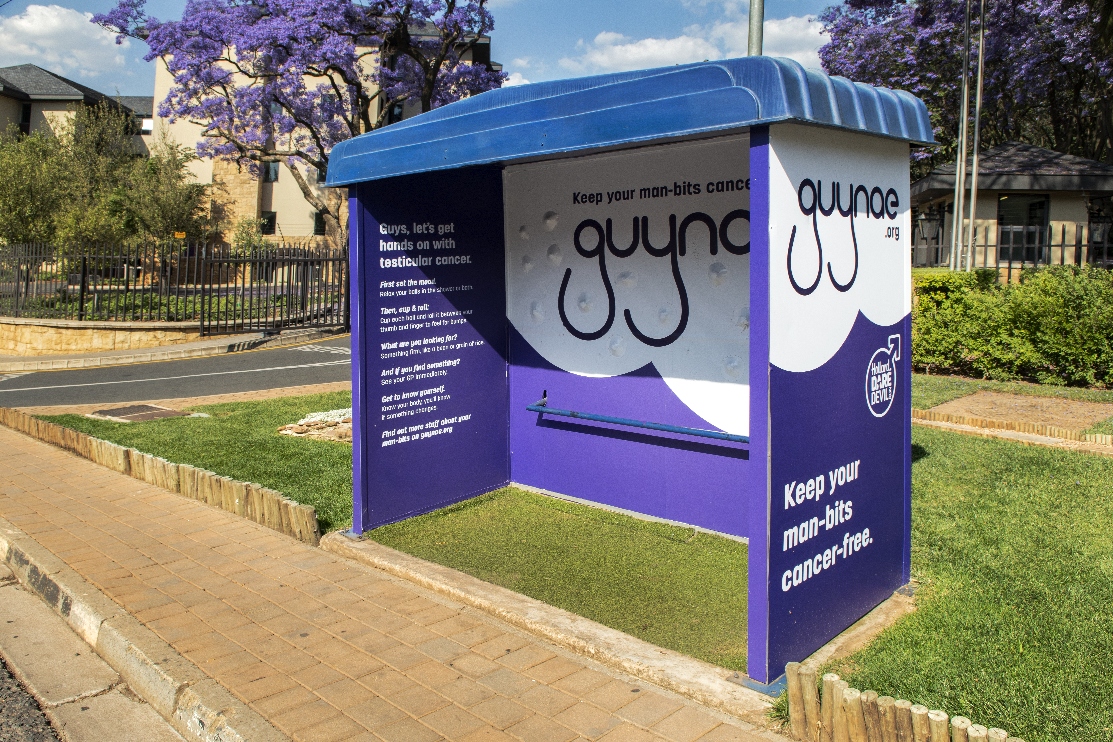 Hollard Insurance has strengthened its position as South Africa’s champion of male cancer awareness, thanks to an extended out of home campaign with Street Network.

Hollard, a market leader in insurance targeted the issue of testicular cancer which forms part of its continued CSR drive with a simple, yet effective campaign which focused on targeting and reaching commuters in Johannesburg travelling along Oxford Road. The campaign specifically targeted the busy and highly trafficked areas surrounding Rosebank, Forest Town and Parktown.

Not only were these locations significant for their proximity to the Hollard headquarters, but a feature of the area is the number of hospitals nearby, in the form of Charlotte Maxeke Johannesburg Academic Hospital, Life Brenthurst Clinic, the Wits Donald Gordon Medical Centre, and Netcare Park Lane Hospital, which tied in nicely with both the raising of awareness of the issue of testicular cancer, and the drive to have male consumers visit a healthcare professional to have themselves screened.

“In this regard, Hollard had a similar approach to those effective campaigns that select ideal OOH environments and locations which allow brands to target large and diverse consumer segments,” says Jonathan Everest, Head of Sales at Street Network. “Effectively, the campaign provided the ideal solution to the objective of raising awareness coupled while driving online activity.”

The campaign’s creative was fairly striking and focused on urging male consumers to examine themselves on a regular basis, as well as driving them to guynae.org, a website associated with the Hollard Daredevil Run.

The Daredevil Run is a countrywide phenomenon and seeks to raise awareness of male cancers in a fun and ‘cheeky’ manner, as male consumers are urged to don a purple speedo, running shoes and nothing else, for the five-kilometre fun run.

All funds raised from entries go towards cancer screening and awareness programmes across the country – hence, why the Hollard Street Network campaign took the form of an extension and amplification of the insurer’s existing presence and activity in the male cancer awareness space.

“Bus shelters have the ability to reach a wide range of consumers across all economic strata, and with cancer affecting consumers across the spectrum, regardless of age, colour, LSM etc, the fit with the Hollard male cancer campaign was obvious,” says Everest. “Further to that, this campaign was able to captivate commuters in a high-traffic location, with Oxford Road an important link between the Johannesburg CBD and the commercial hubs of Rosebank and Sandton.”

The campaign delivered a highly targeted and impressive 2.8 million impacts as it reached approximately 470,000 people monthly.  Highlighting the value of advertising on bus shelters, Hollard’s investment boasts a very low CPM rate of R4.92 which translates into a very efficient use of marketing budget and effective ROI for the brand. (ROAD2015/16/17C)

Importantly, this platform enabled Hollard Insurance to strengthen its standing in the male cancer awareness space and position the brand as the performer of a public service, as opposed to the traditional ‘hard sell’ of a product promotion.